This was the last group event I attended this year, back in early March. It was hosted by D.C. Cosplay Photo shoots at Rust Manor House in Leesburg, Virginia. The early 20th century house is nestled in a lovely park, Rust Sanctuary. I went to the shoot without Mike, as he was not feeling well that day.

I wore a new-to-me regency redingote and hat, which I had purchased from Margarita. The redingote and matching muff were made by Mayra, and the hat was made by Alena. They were nice and warm on a late winter day. Underneath I wore a white embroidered cotton dress that I made several years ago. I accessorized with some large pearl earrings I had made (you can get your own in my Etsy shop). My shoes are by American Duchess, and my wig is the “Benny” by Arda Wigs.

Here is a group photo by Donald Holmes. 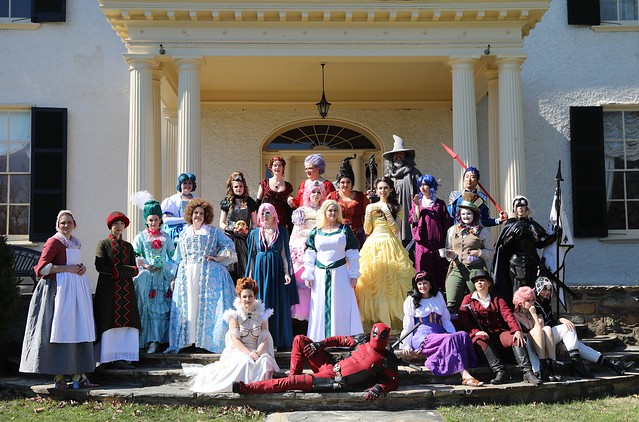 I started out working with Erin. I love the way she used the strong sunlight in the background to create contrast. 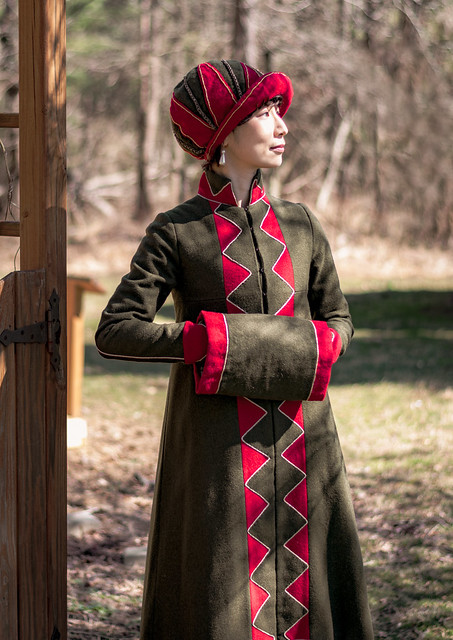 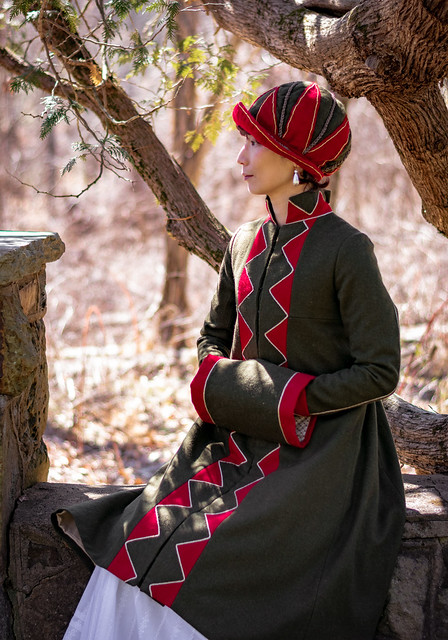 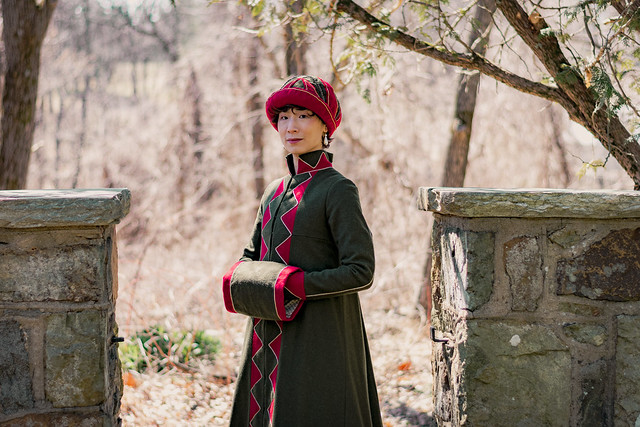 Next I shot with Nicol, both inside the manor house and outside. She got several beautiful portraits, several of which make creative use of mirrors. 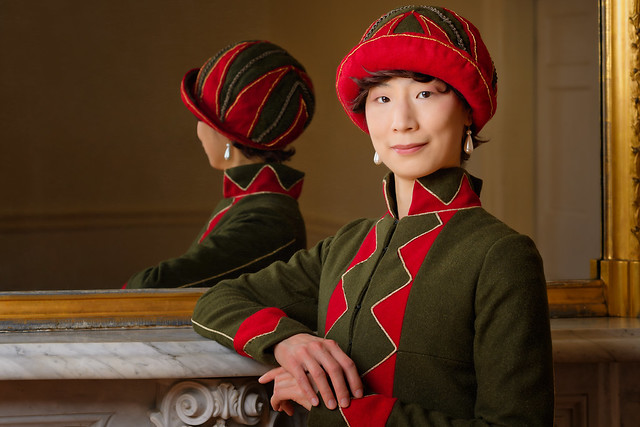 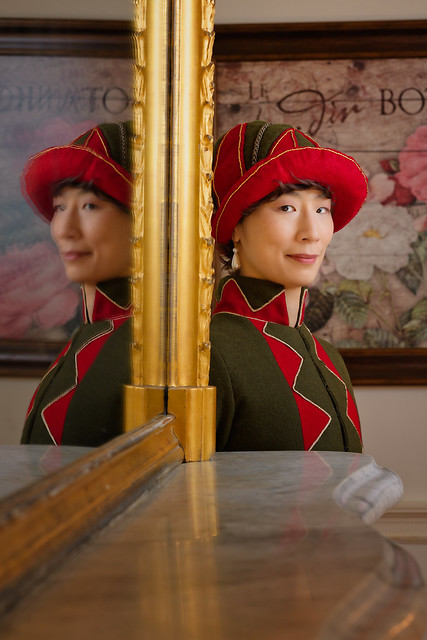 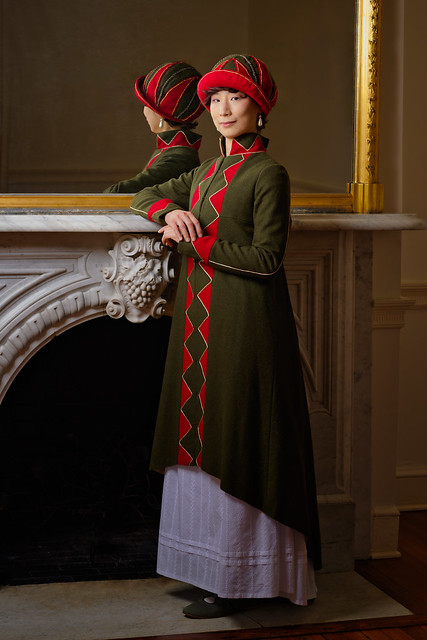 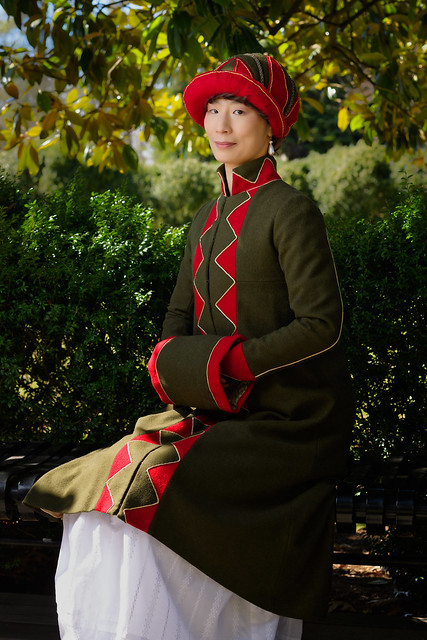 I was also able to get a couple quick photos with Robert of Cyber-Zombie Studio. These really show my costume well! 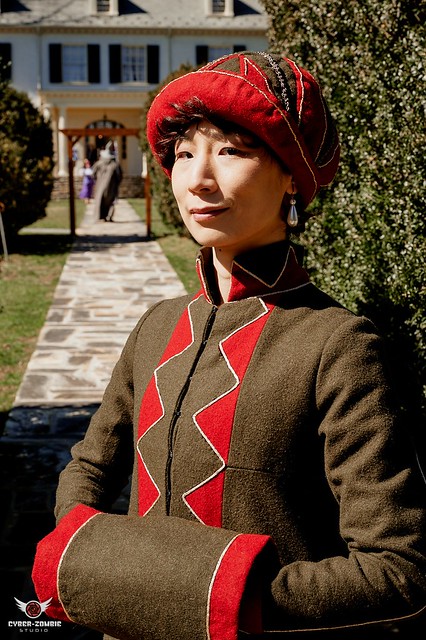 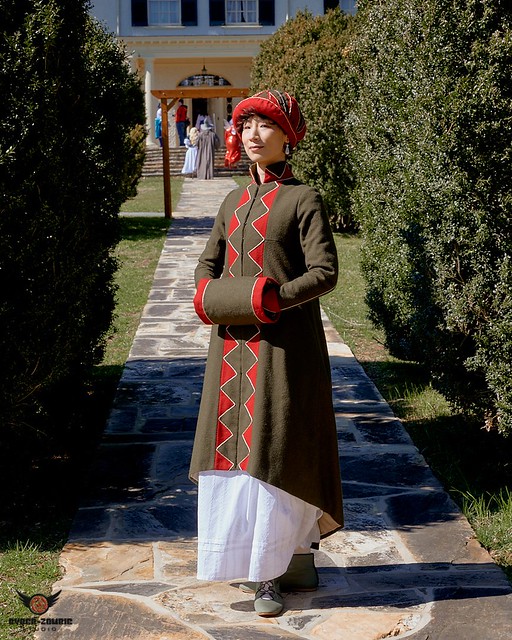 Then I worked with my friend Dan. He wanted to get some detail shots, which came out great! 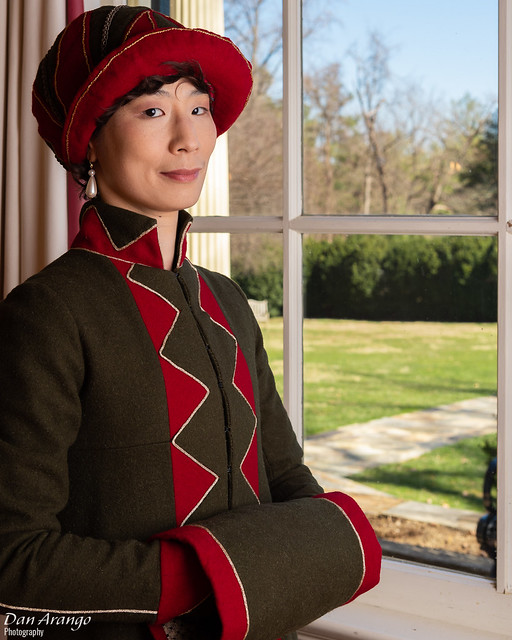 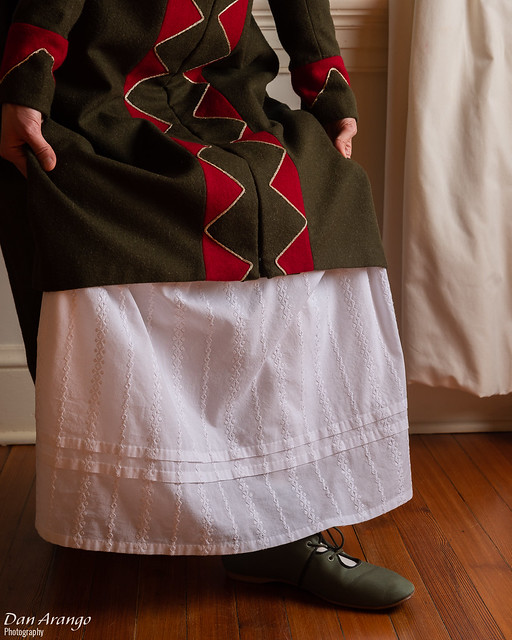 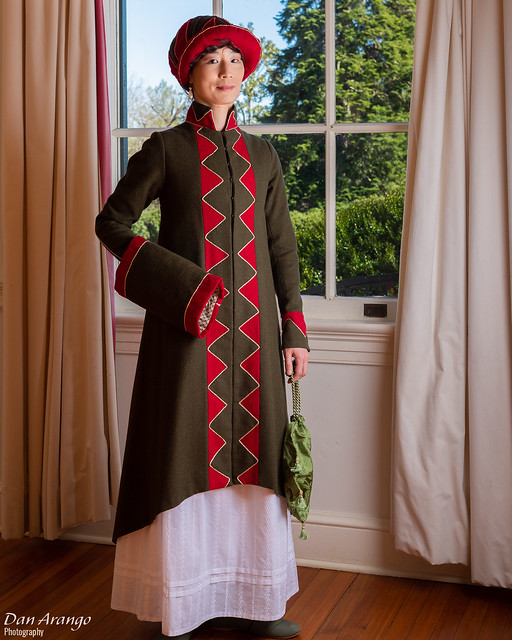 I finished up by shooting with Jessica. She did a great job using the garden areas of the house for interesting compositions. 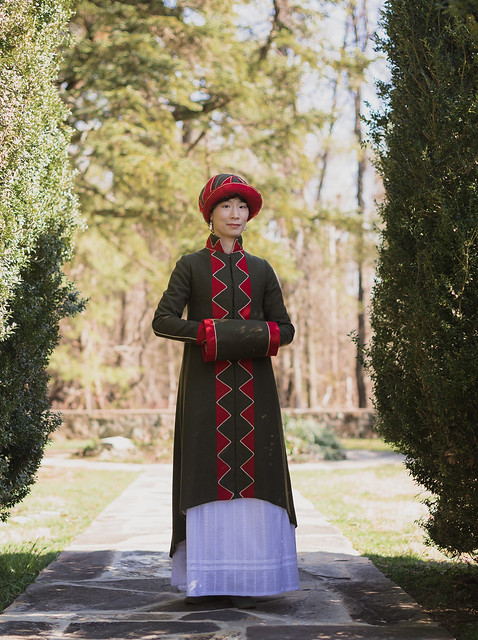 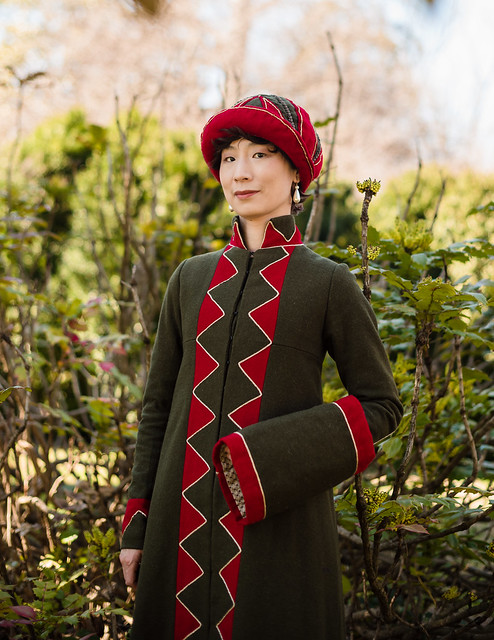 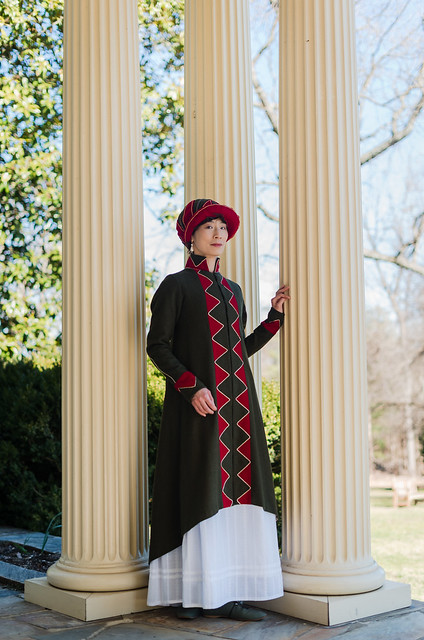 I am sad that this event turned out to be our last one of the year, but looking back at these photos brings back fun, happy memories. Thank you to all of the photographers I worked with. I miss you all!