We had originally only planned on attending Katsucon on Friday and Saturday. But we heard that some of our friends were doing historical mashup cosplays which are right up our alley to photograph, so we decided to stop by during the morning to meet up with them. I am very glad we did, because we got to see some more excellent cosplays and take several cool photos.

Having our morning caffeine before starting our shoots. 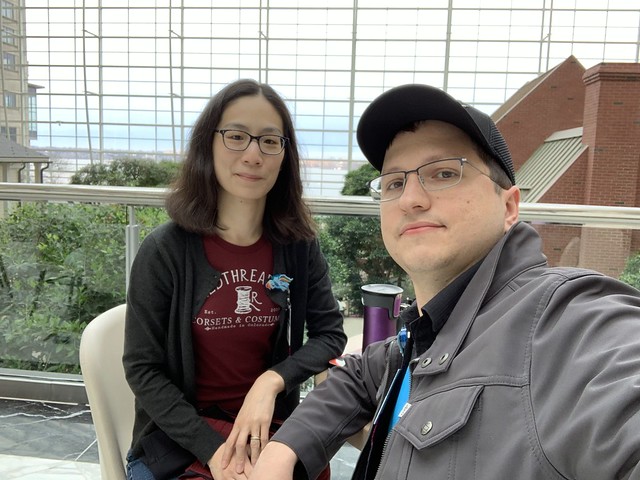 Our first shoot was with Sara in her adorable Bulbasaur Francaise. 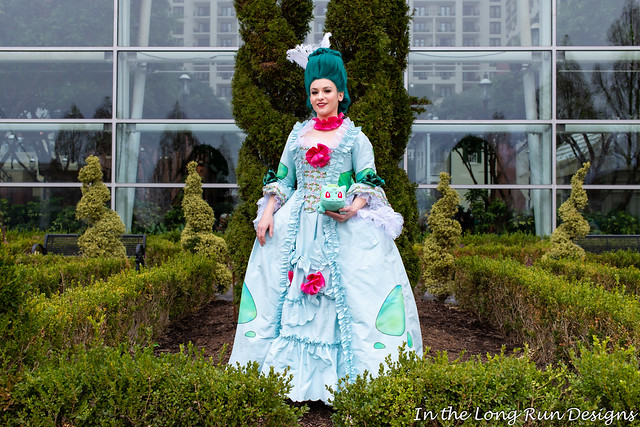 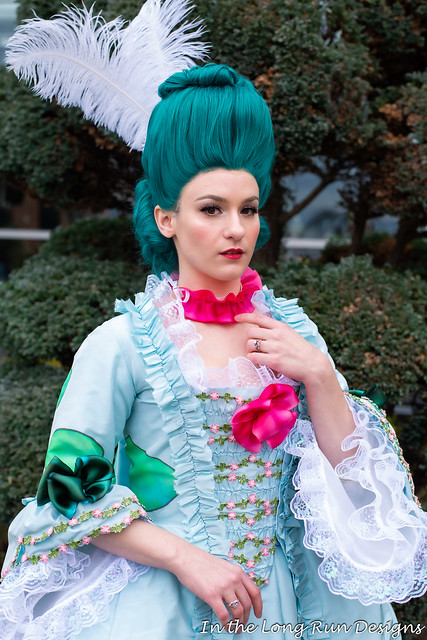 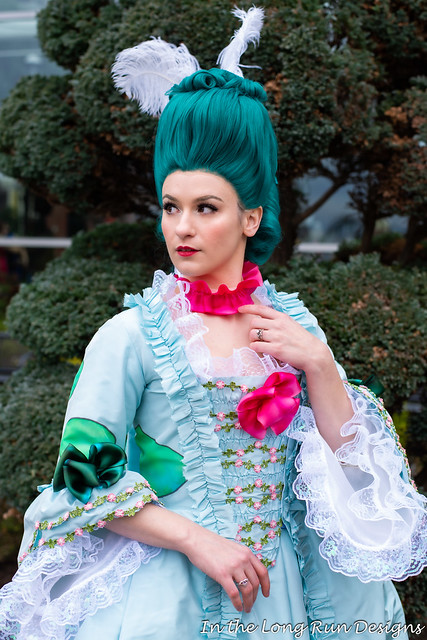 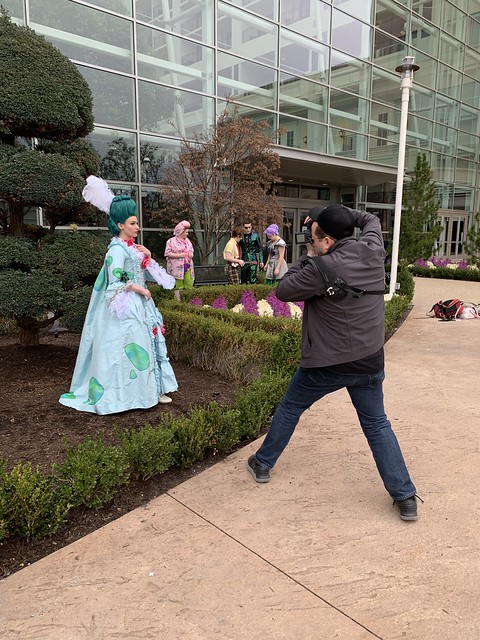 When you need help tying up the tapes of your skirt…! (Sara had her husband bustle up her Francaise so she could walk through the crowds inside the convention center.) 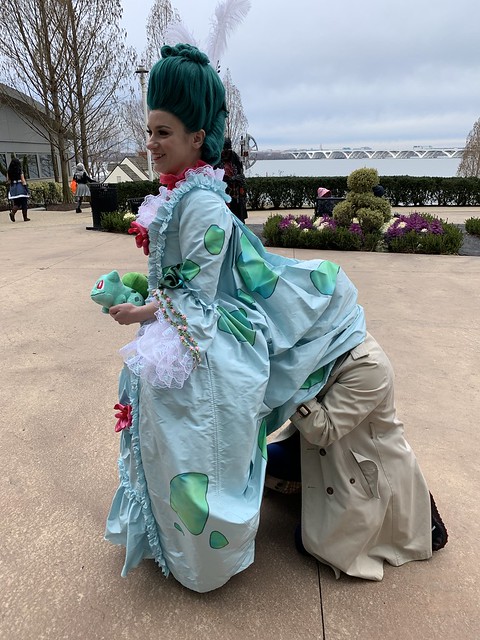 Our next shoot was with Fire Lily Cosplay in her beautiful Deerling Francaise. 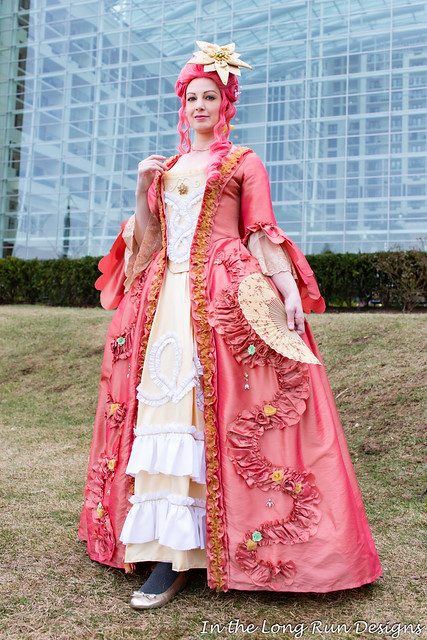 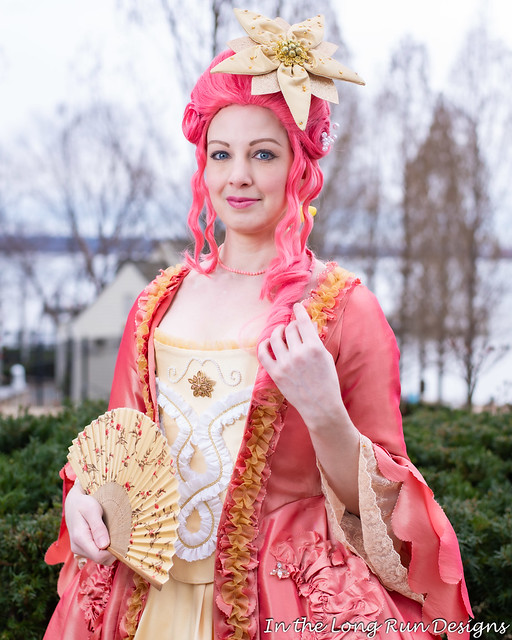 Our final Pokemon Francise shoot was with Jennifer in her awesome Charmander. 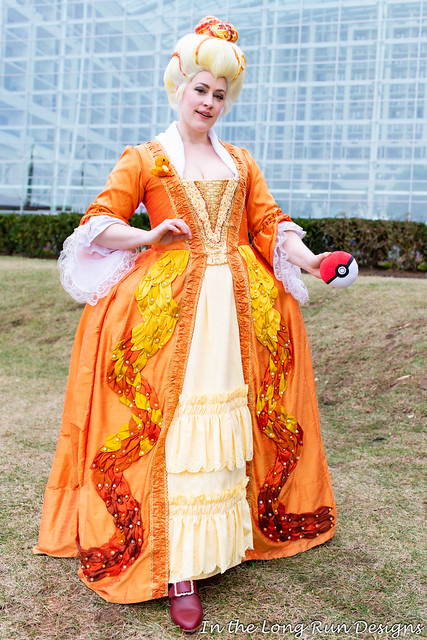 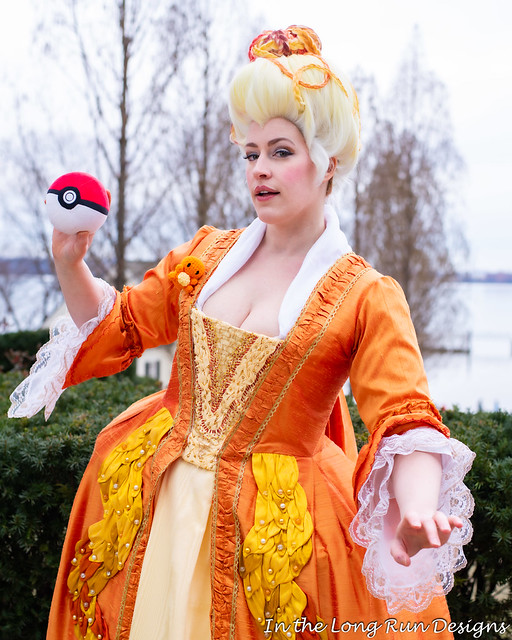 We finished up each of these shoots with some indoor photos. We were experimenting with dramatic lighting in the same spot we shot with Kenna on Saturday. 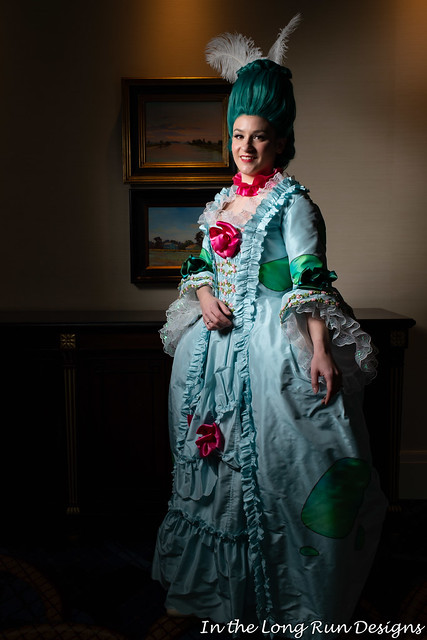 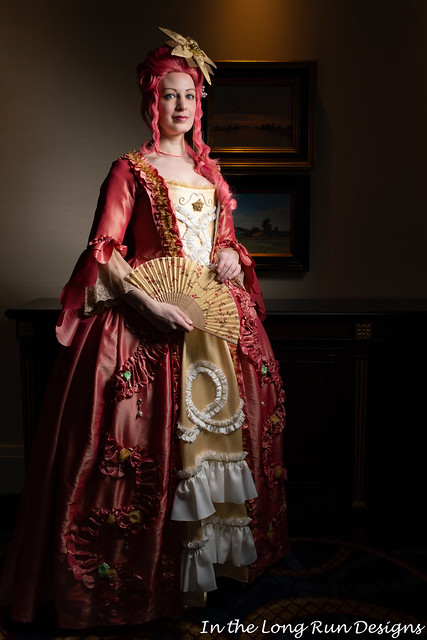 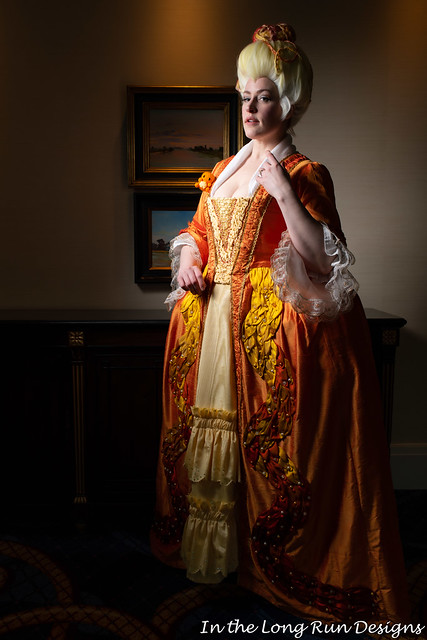 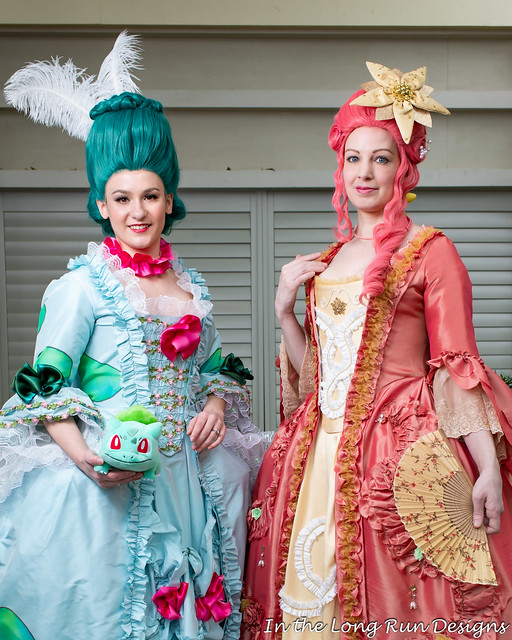 Our last hall shot from the weekend, of Natalie 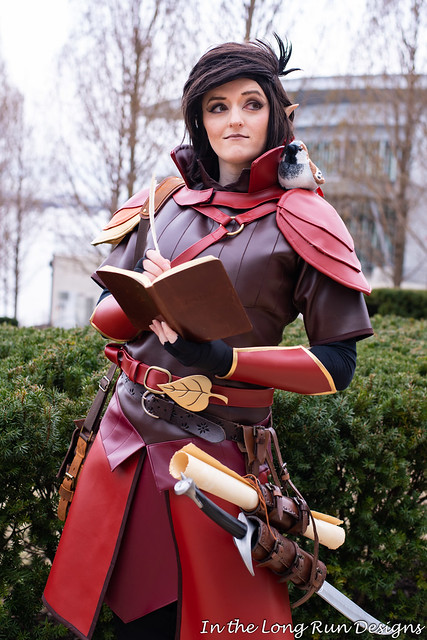 Our final shoot of Katsucon was with the awesome Sewpoke Cosplay in her beautiful Padme Lake Dress. 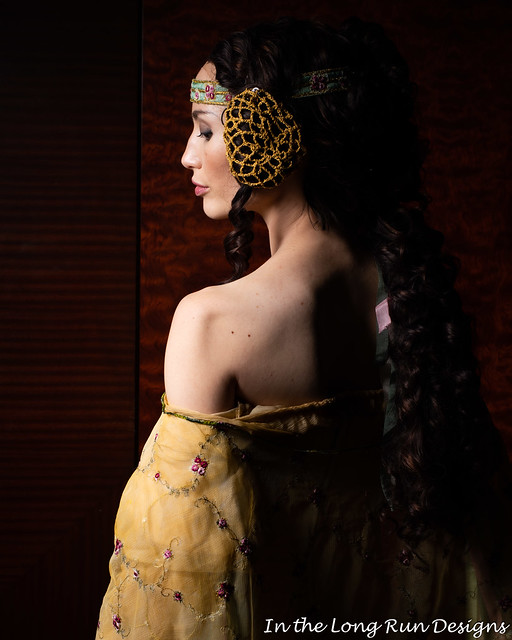 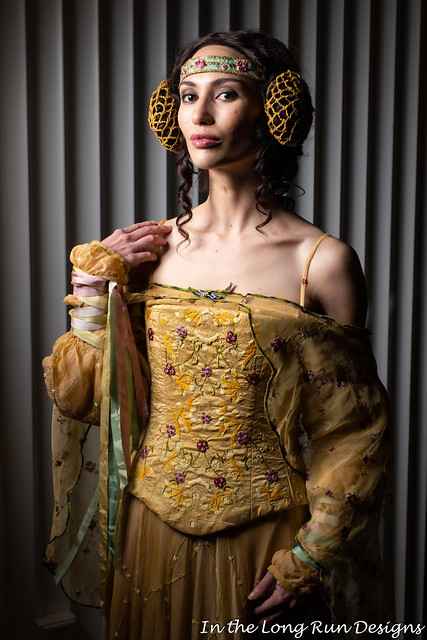 I had to photoshop out a person whose reflection was caught in the mirror. It worked out nicely! 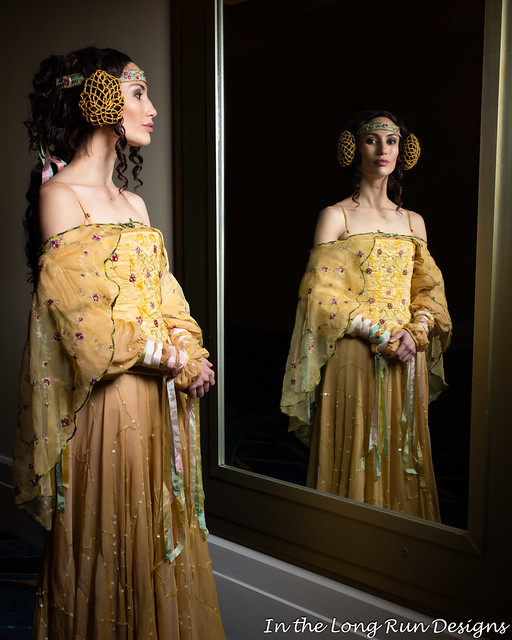 This shot was Mike’s idea. He thought the chandelier would show up with a cool glow, and the resulting shot is everything we hoped for. 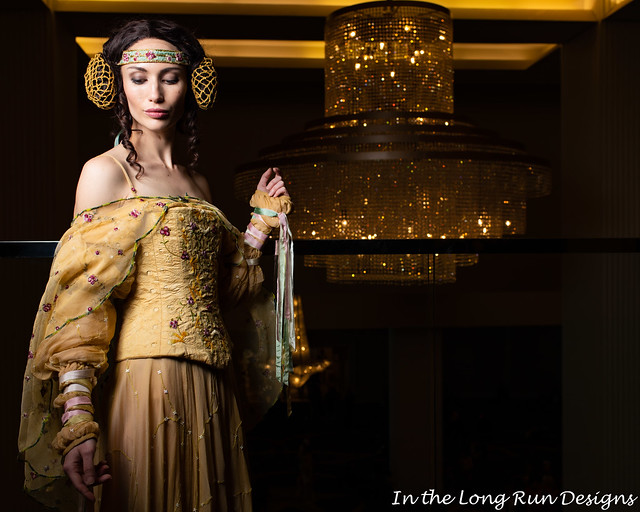 And that wrapped up our Katsucon weekend! We are super glad that we finally attended the con, after years of talking about it. We had a wonderful time meeting and photographing so many awesome cosplayers. 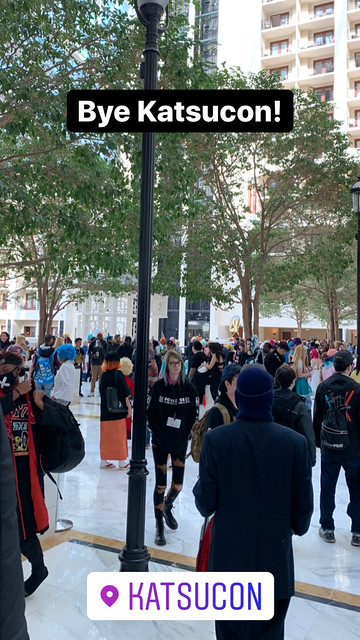