In June, we had the pleasure of participating in a photo shoot at Tudor Place, organized by the NOVA Costumers Guild. Tudor Place is an early 19th century house and gardens located in Washington, DC. I was excited to see a historic site that I had never been to before.

I wore my navy silk zone front 1780s gown, since it is surprisingly sturdy for walking around outside. I also thought the blue and white would work well in a garden setting with lots of greenery. 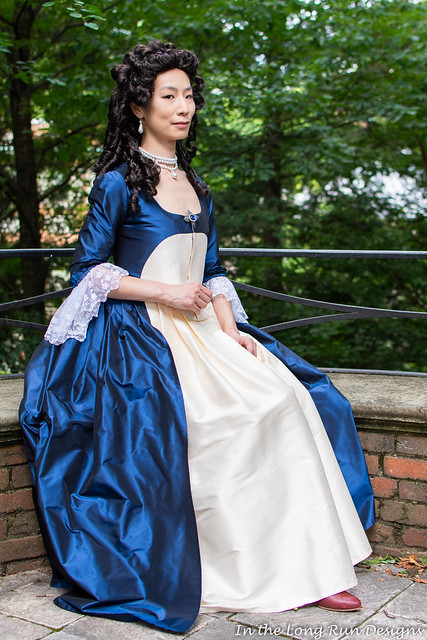 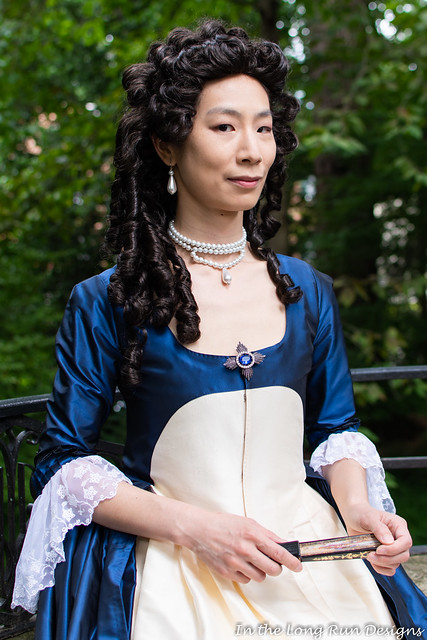 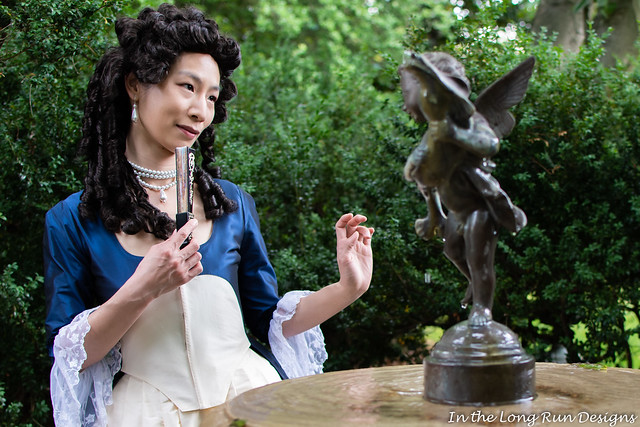 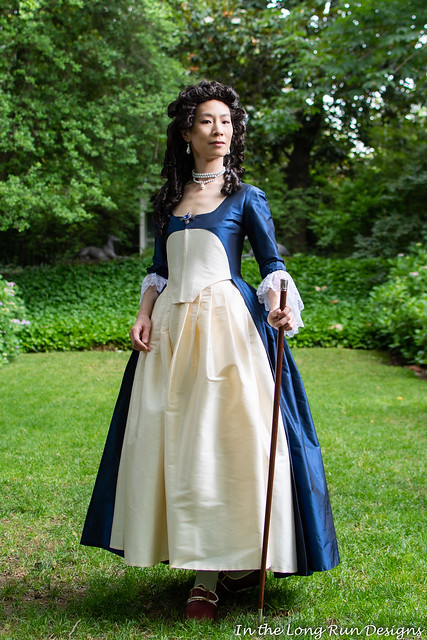 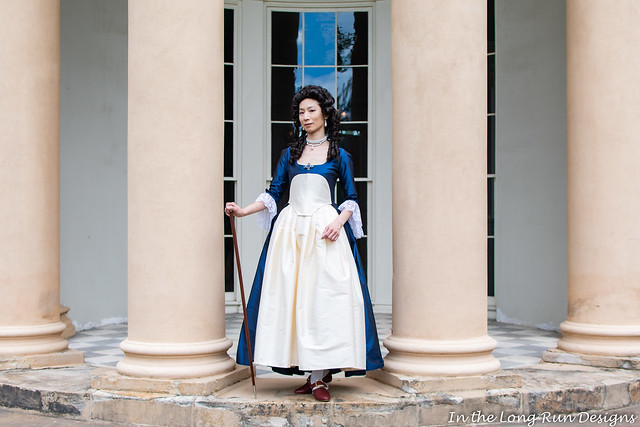 These next two photos are by Dancing Squirrel Photography. They have a lovely atmospheric quality. 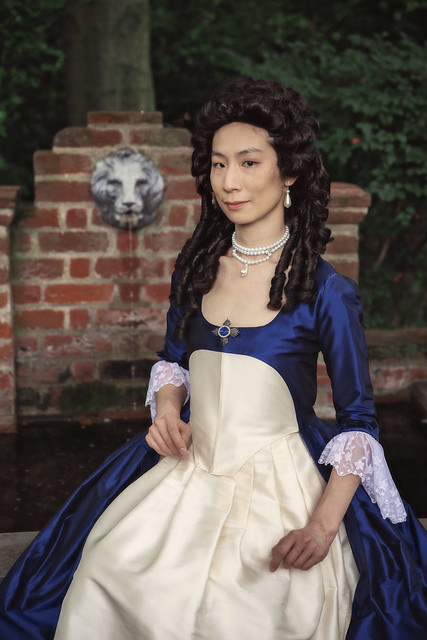 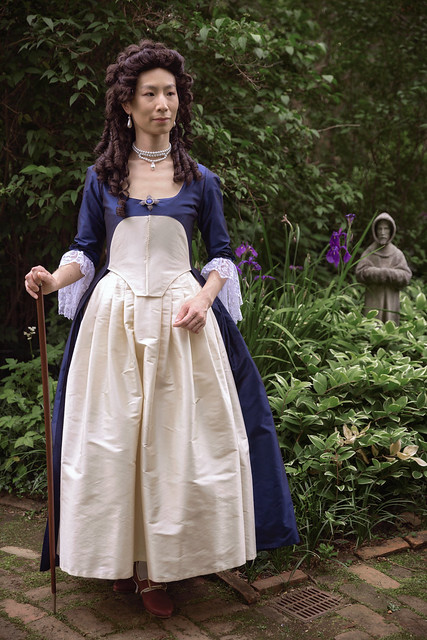 This photo is by Isabelle Roza. She used a long lens and a tighter depth of field, which created a very cool effect. 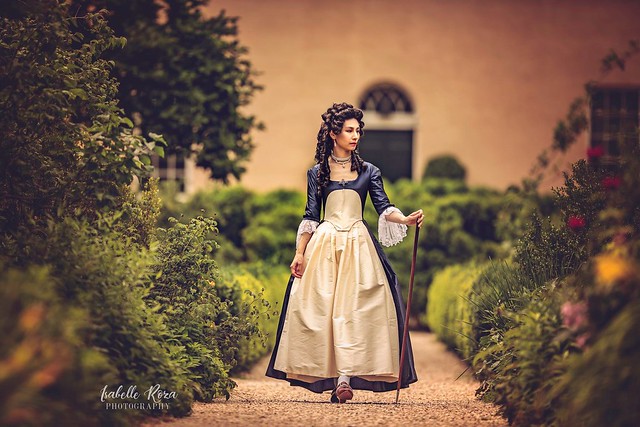 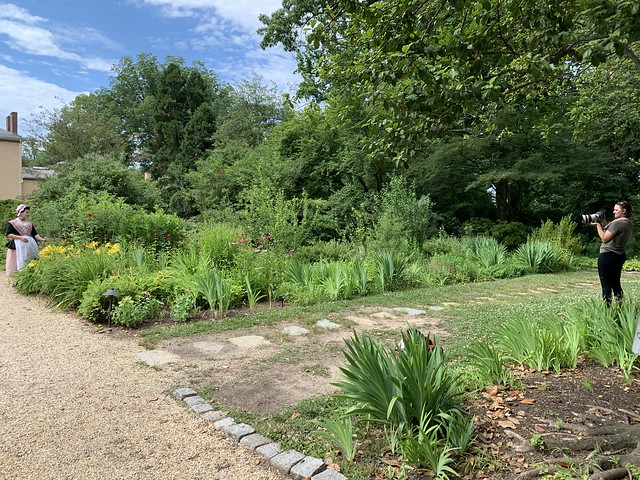 We found a four leaf clover! 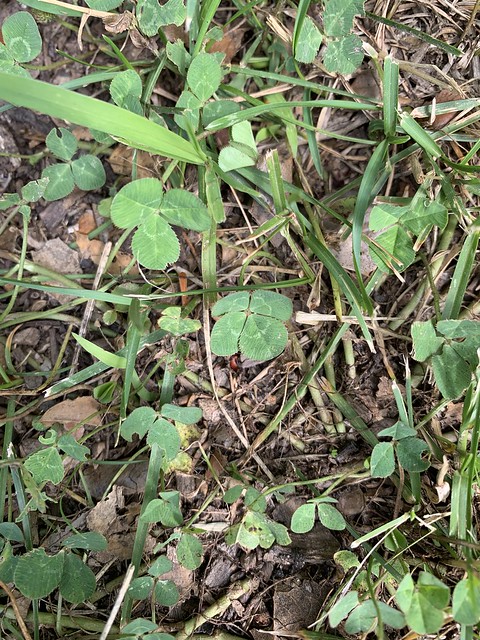 Mike made an effort to work with all the costumers at the shoot, because the photographers were outnumbered. He had to rush things a bit, but still ended up getting some nice photos. 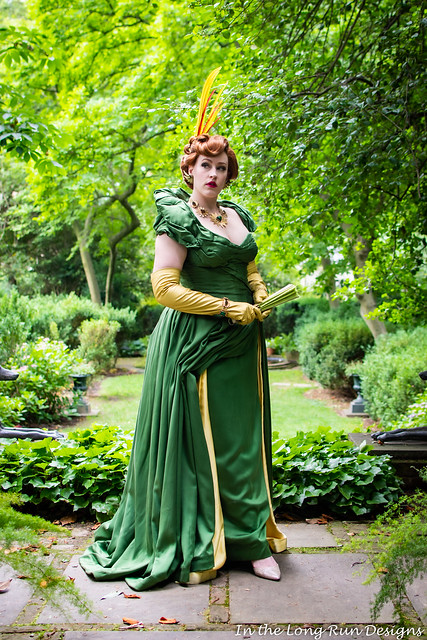 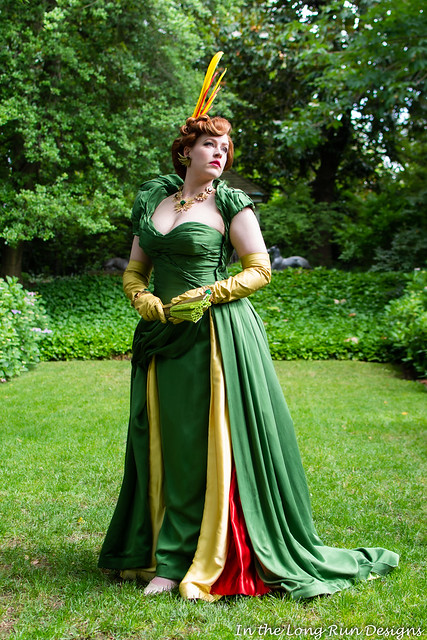 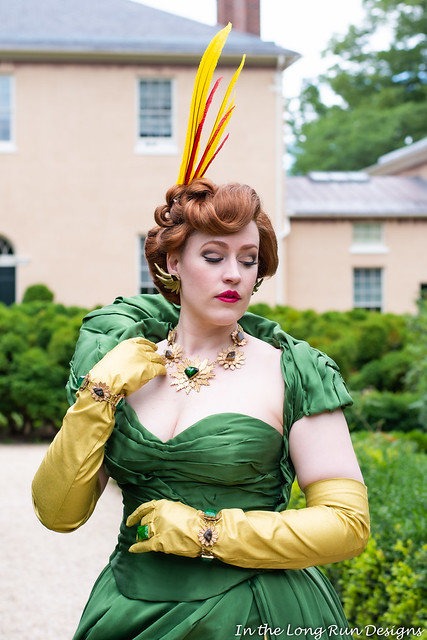 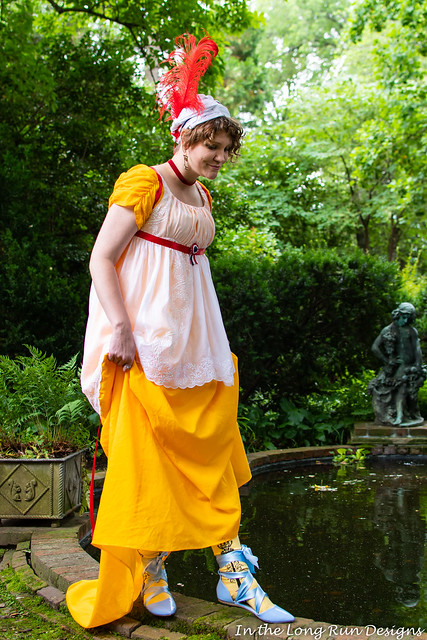 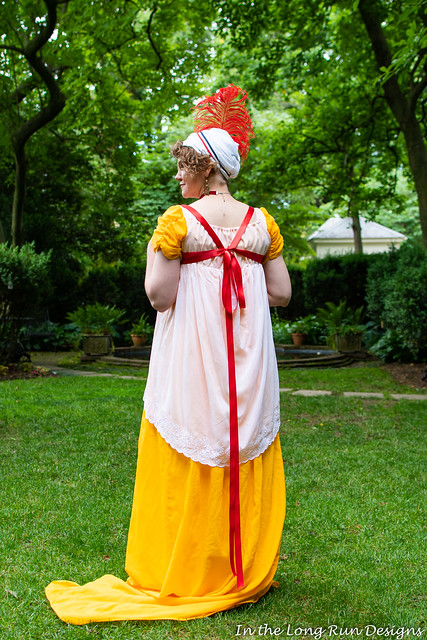 Mike used an off-camera speedlight with a small softbox for this shot. It was his first time using that equipment on location, and it led to some interesting results. 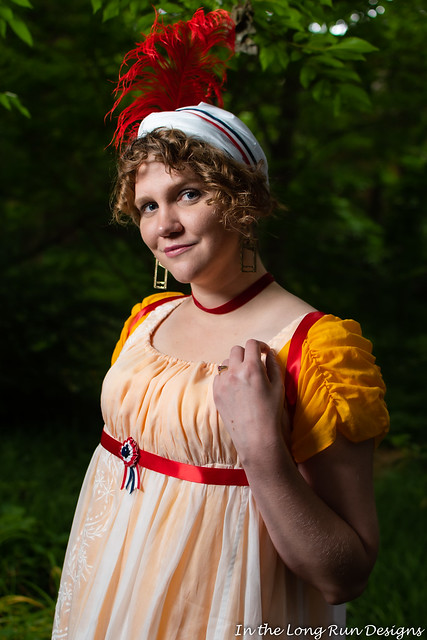 Kelsey in her 14th century French ensemble. This and the next photo were also lit by a speedlight. 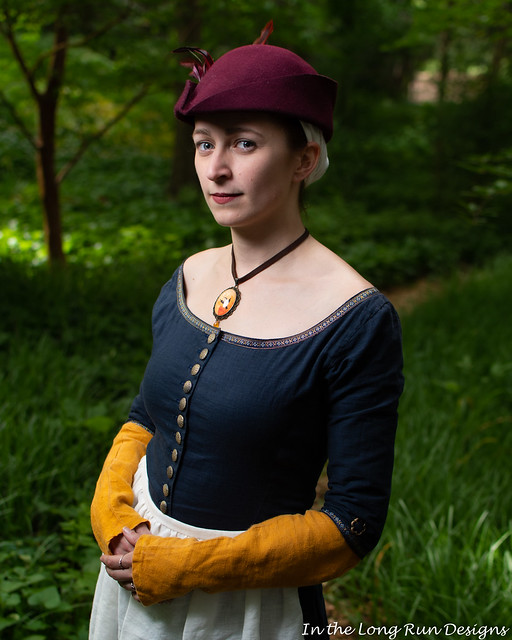 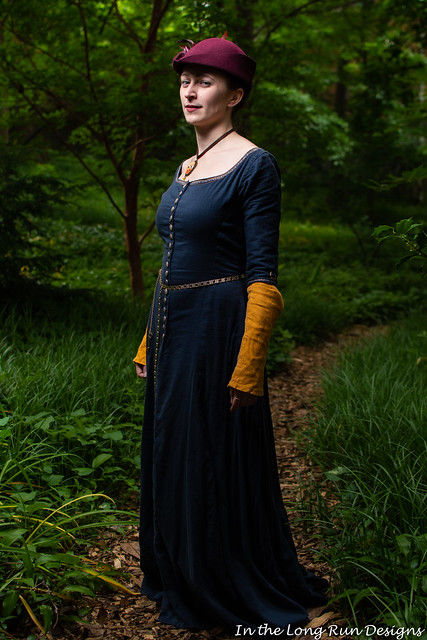 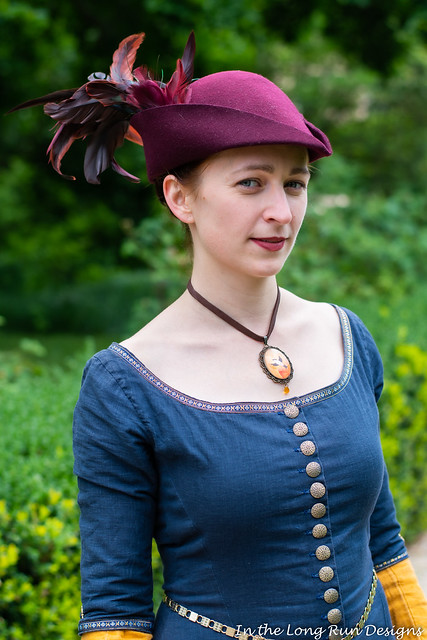 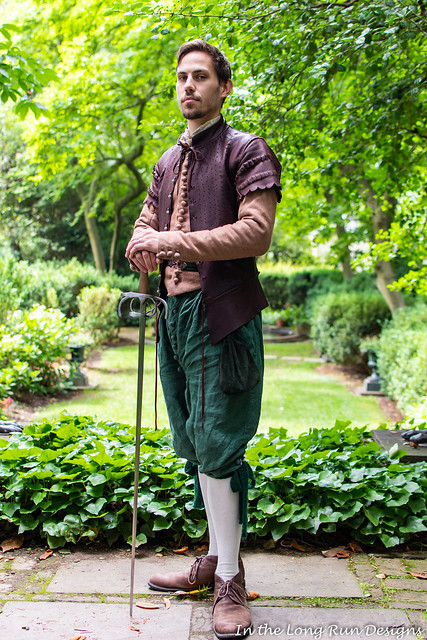 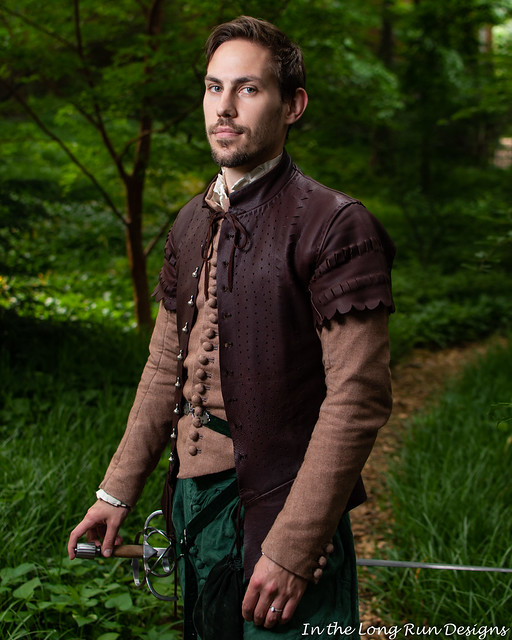 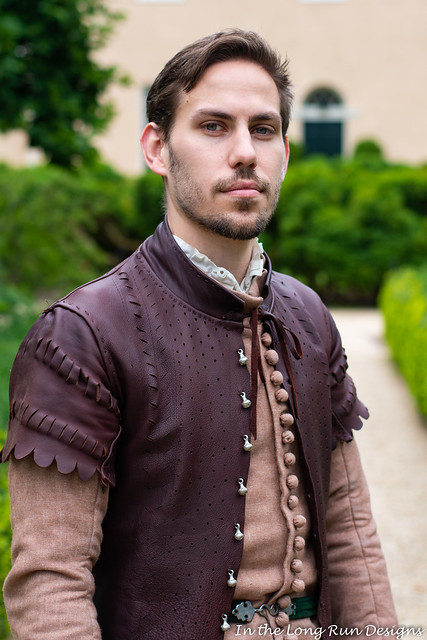 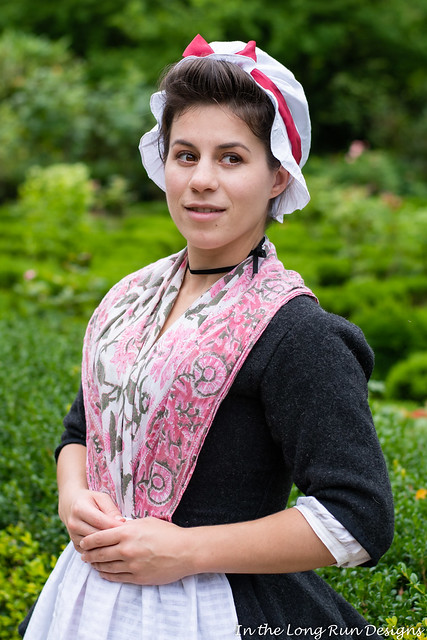 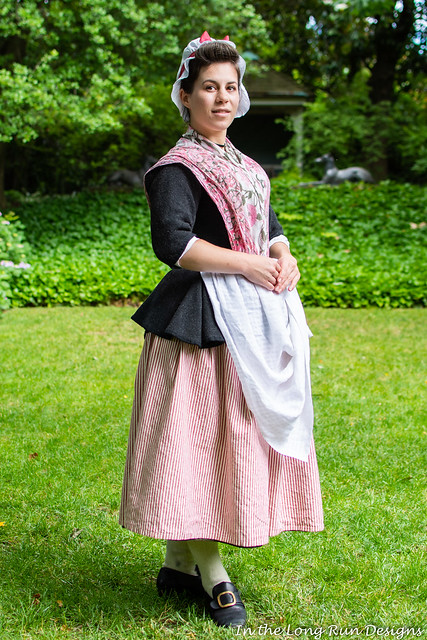 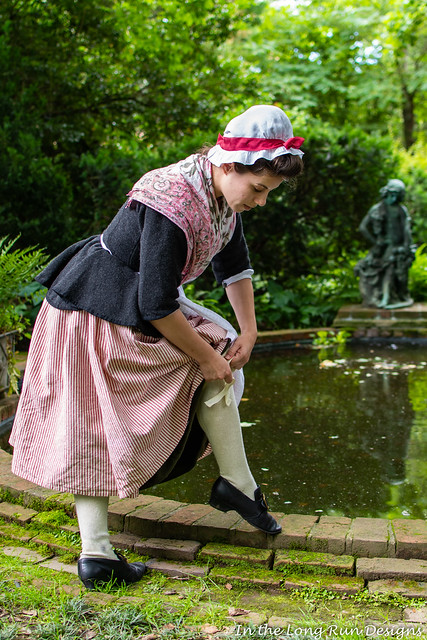 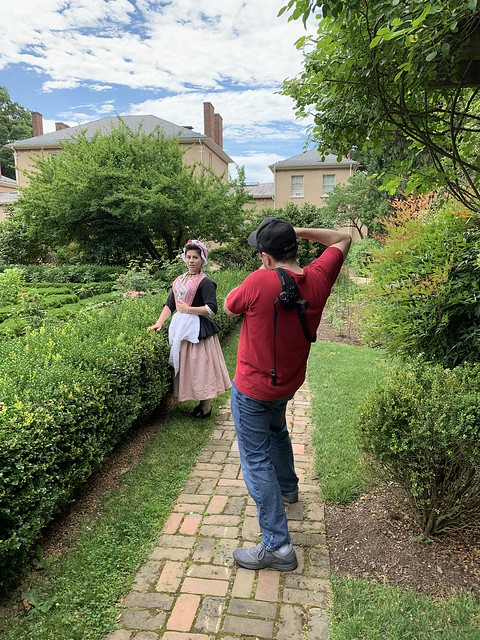 Sara as Cinderella. Mike only had five minutes to do these photos, but it worked out! Sara did a great job posing quickly to make the most of the time. 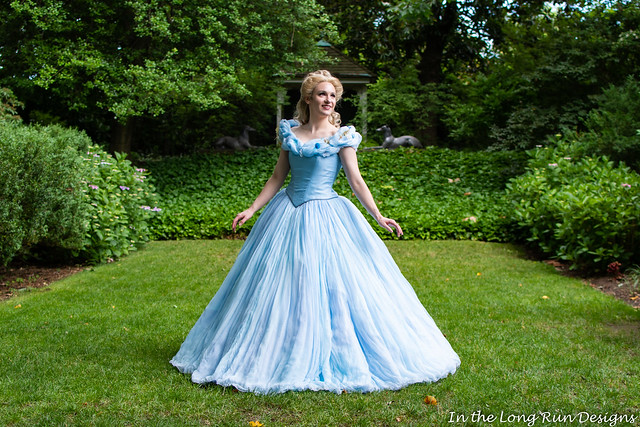 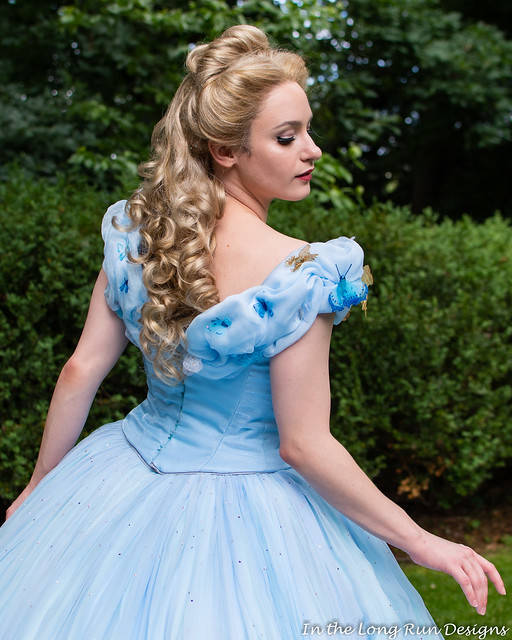 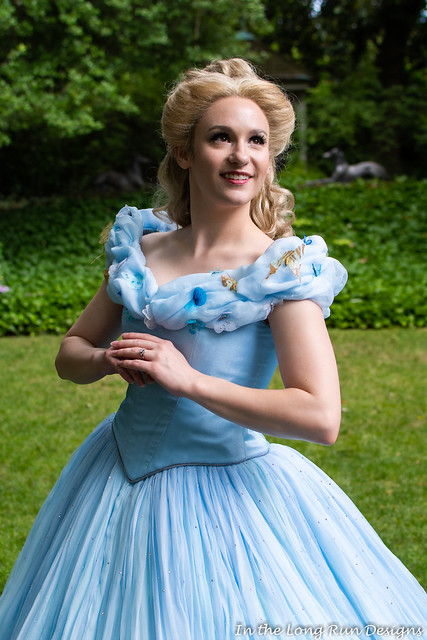 Tudor Place is a beautiful venue, and we had a wonderful time meeting several new folks!