Mike and I are pleased to unveil our third series in The New Kit-Cat Portraits!
(The first series can be found here, and the second series can be found here.) We have reached the milestone of 20 portraits! There is one more wave planned for this fall, which will be our final one. It has been so great to work with many different members of the diverse Washington, DC-area historical costuming community. 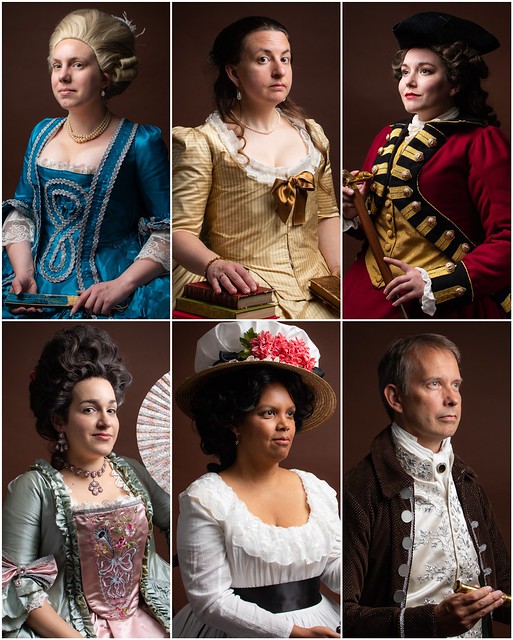 In this installment, we worked on perfecting our skills with running efficient shoots, so we could get the shots we needed without taking a lot of extra time. That way, we could work with some folks that had busy schedules or time constraints. For Doug‘s session, we got his portrait done in only 15 minutes of shooting, which included two different lighting orientations and working with a variety of props. Going that fast is perhaps a bit extreme, but it is nice to know we can do it if necessary.

Our studio setup was almost identical to that in our two previous series. 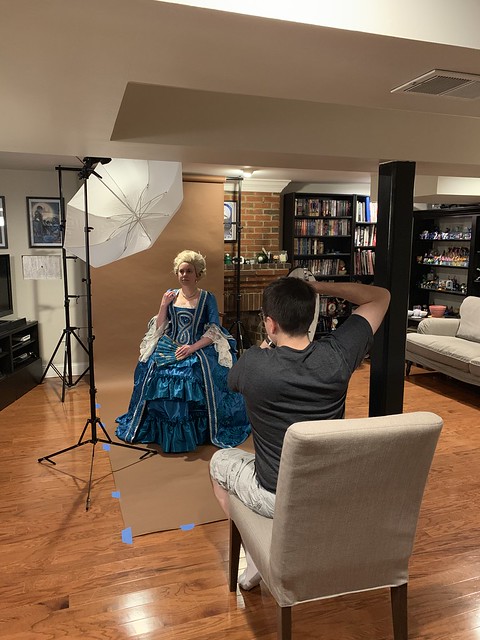 The one change we had was we got a larger reflector. 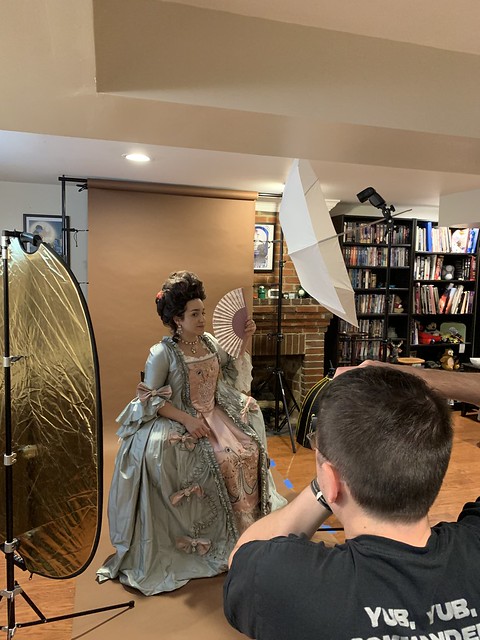 Here is a behind the scenes picture from Doug’s shoot. Maggie and their daughter were there, which is why we wanted to work quickly. 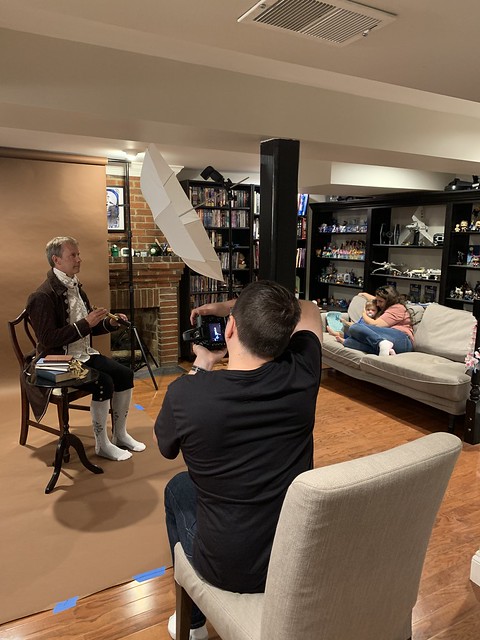 And here are the completed portraits! 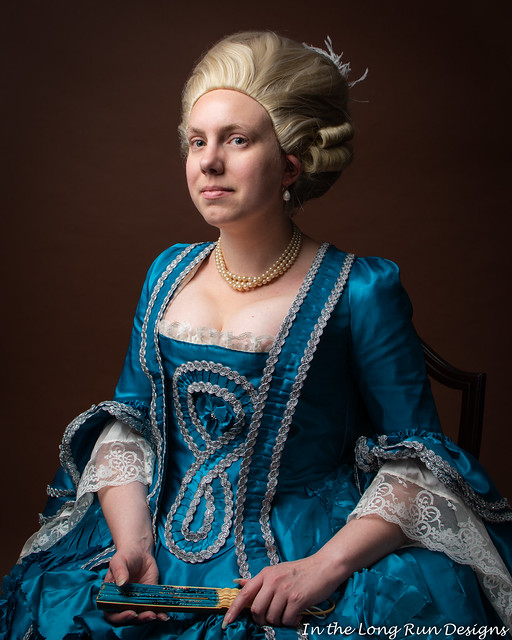 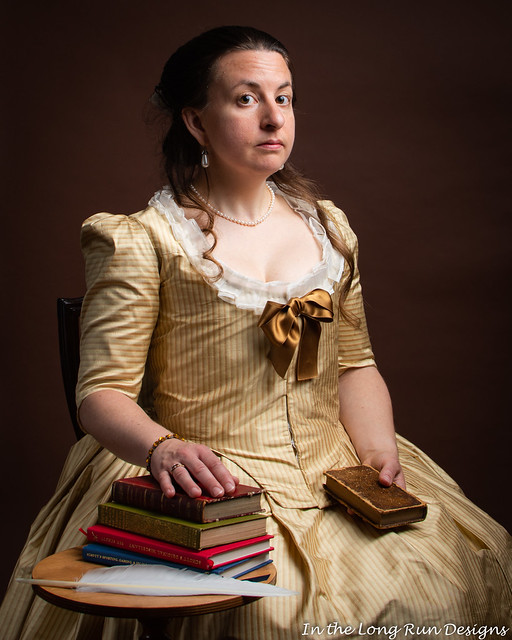 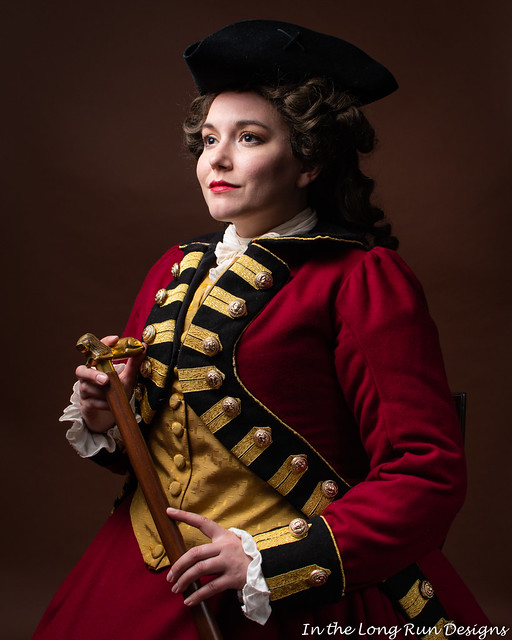 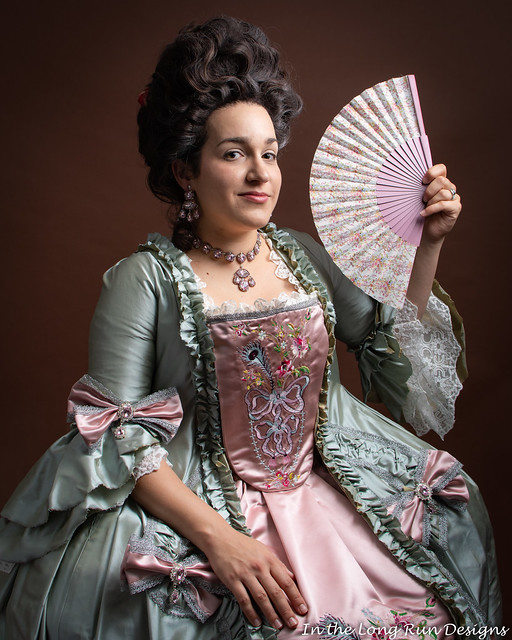 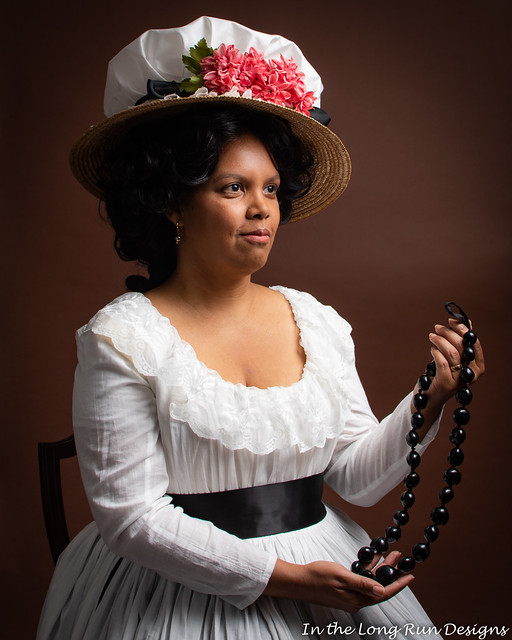 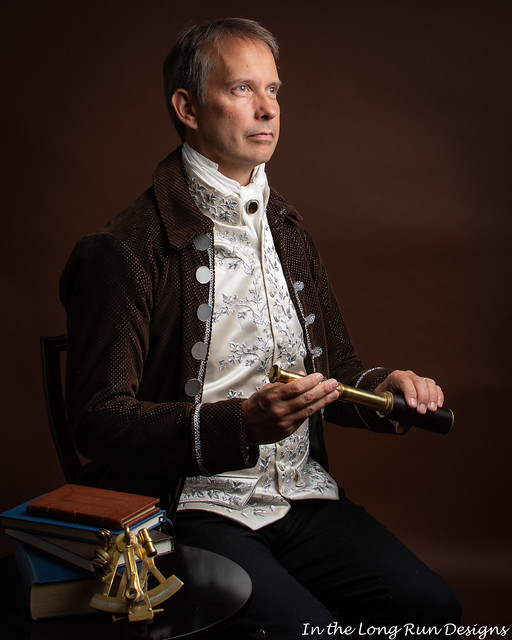