Returning to event recaps (which I am super behind on), our first con of 2019 was MAGFest. We went Thursday, Friday, and Saturday this year, opting to skip Sunday in order to recover before returning to work. Those three days were pretty packed. We bounced between playing tabletop games, walking through the dealer hall, doing photo shoots, and socializing. MAGFest is always a great way to start the year.

On Thursday, we began the con with a photographers photo shoot meetup. The idea was to get group photos of photographers, since they so rarely get to have their pictures taken. Mike participated in the shoot, while I took photos. It was a fun way to start the con and nice to meet some more local and non-local photographers. 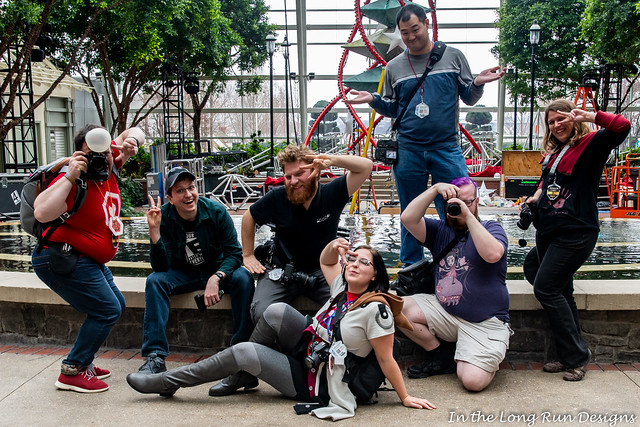 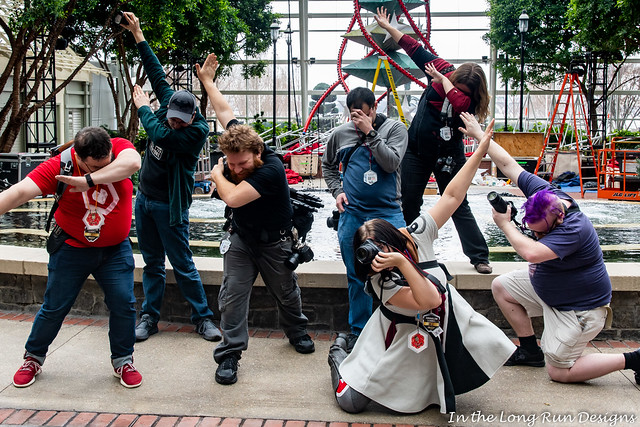 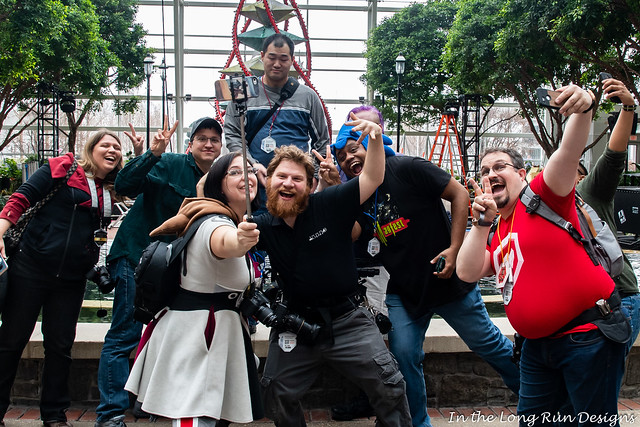 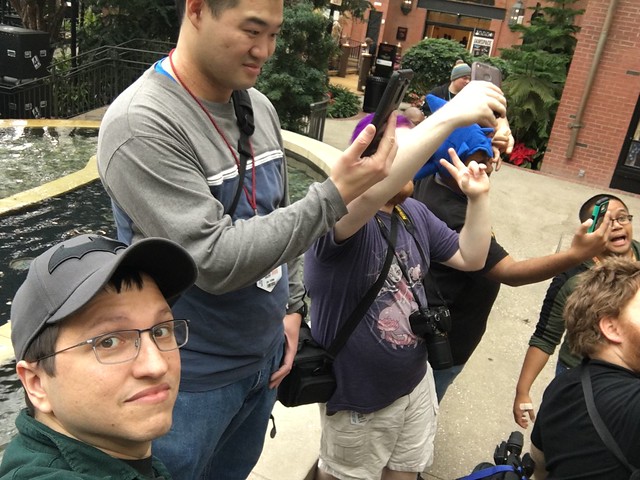 Me and others taking photos 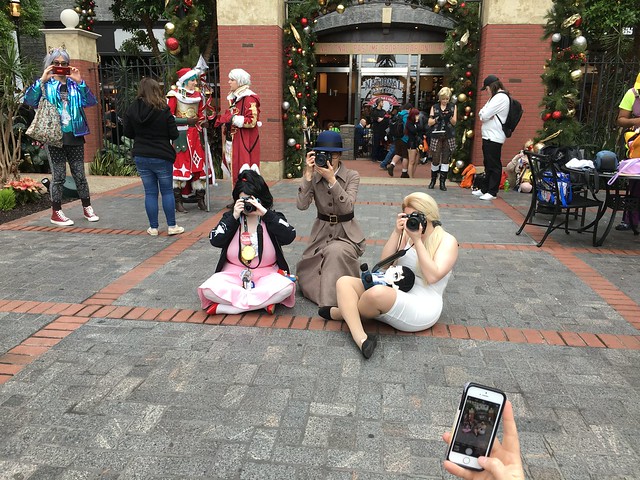 We spent most of the rest of Thursday playing tabletop games (in the newly built adjacent building, which had way more space but less cell service) and wandering around.

This is not registration! 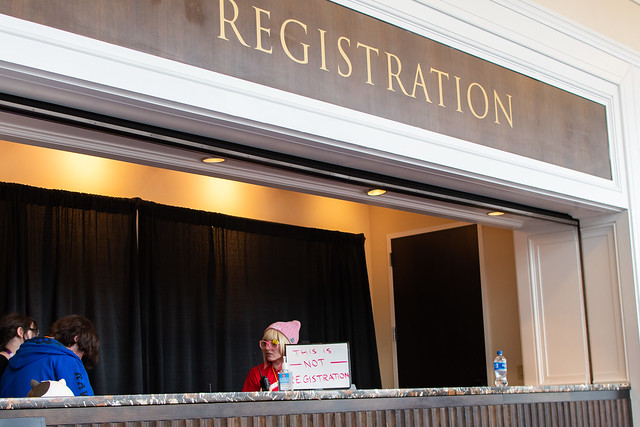 Robot battle bots. The idea was to pop all of your opponents’ balloons. 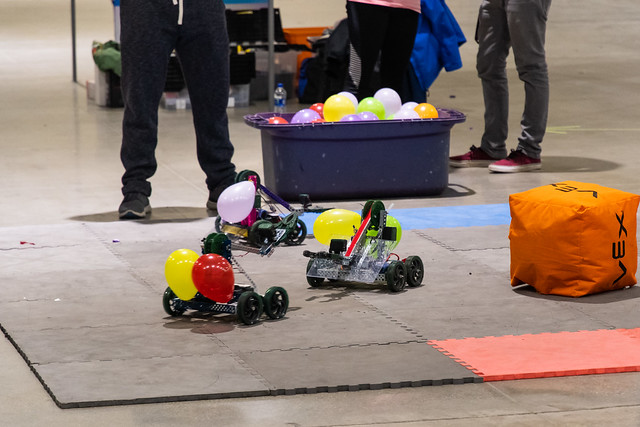 Friday was more of the same. Our college roommate Michelle came with us to the con for both Thursday and Friday, and it was fun to hang out with her. Plus, she cleaned up in the Splendor tournament, coming in second by way of a tie breaker. I also did a shoot with Brad Behles, which I will recap separately in a post about my costumes that weekend.

We had most of our photo shoots (both of me and of us taking photos of others) scheduled for Saturday. So we drove in bright and early to start before the crowds gathered. 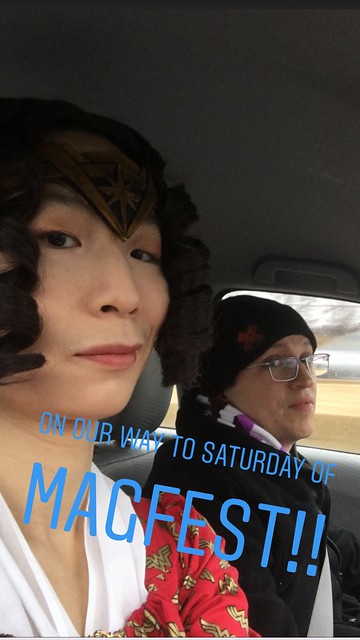 Our first shoot on Saturday was with Janine in her Carol Danvers Vers cosplay. It was warm enough for us to go outside for some photos. 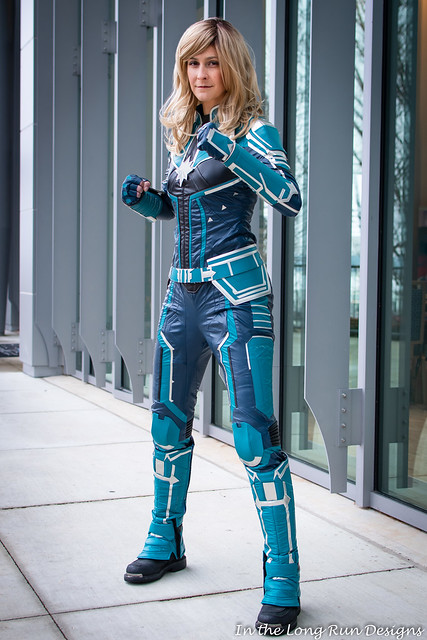 (One of Janine’s colleagues made a cool animation of this photo that can be seen here.)

I love this shot. I had to remove a few things in the background in Photoshop, but the light and composition was mostly done in-camera by Mike. 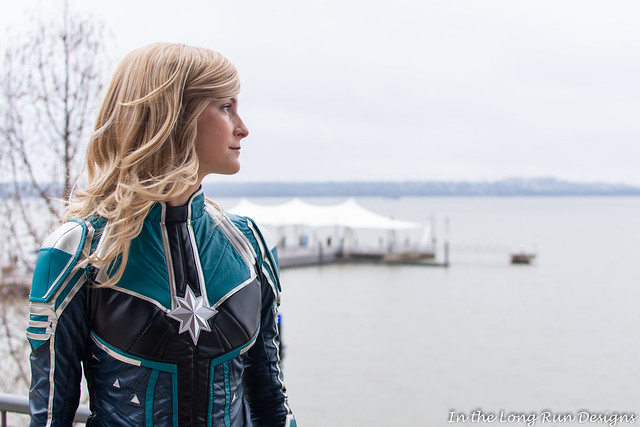 Mike was angling low here in order to get the glass wall of the convention center (which had some cool star decorations visible behind it) as the background. 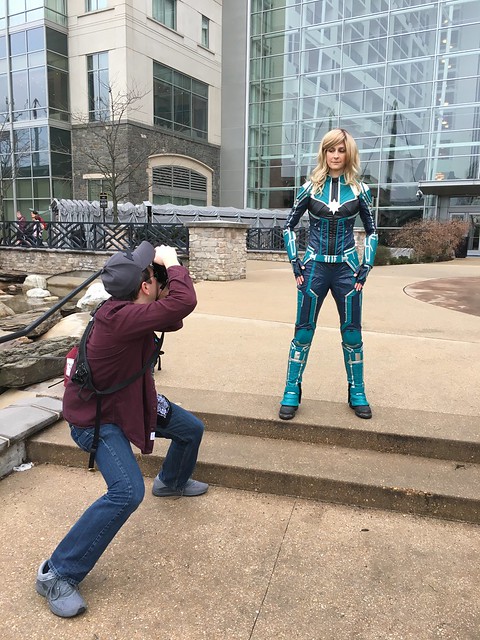 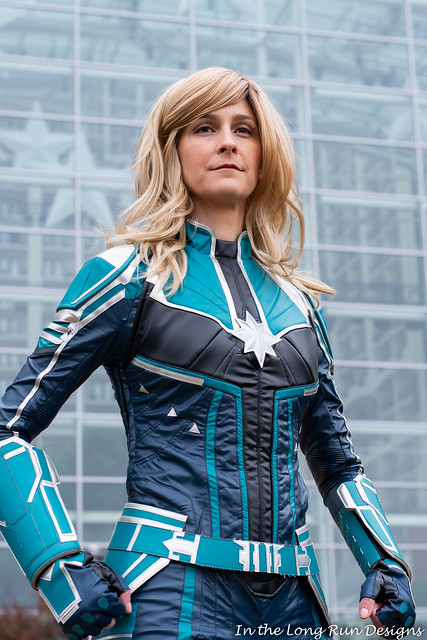 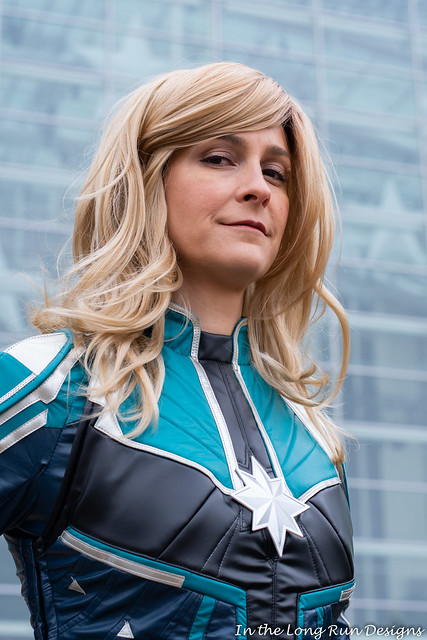 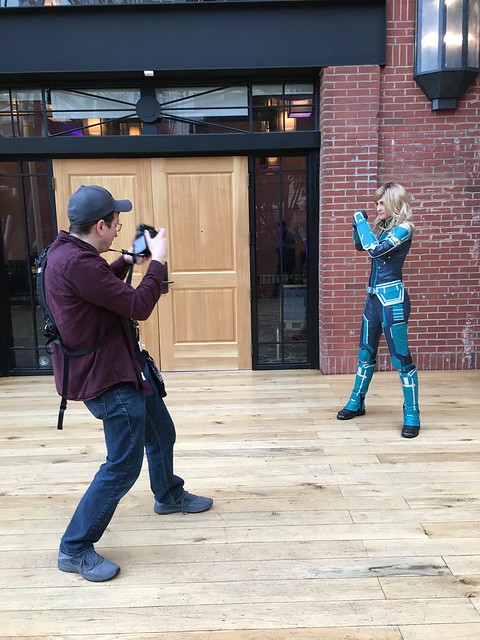 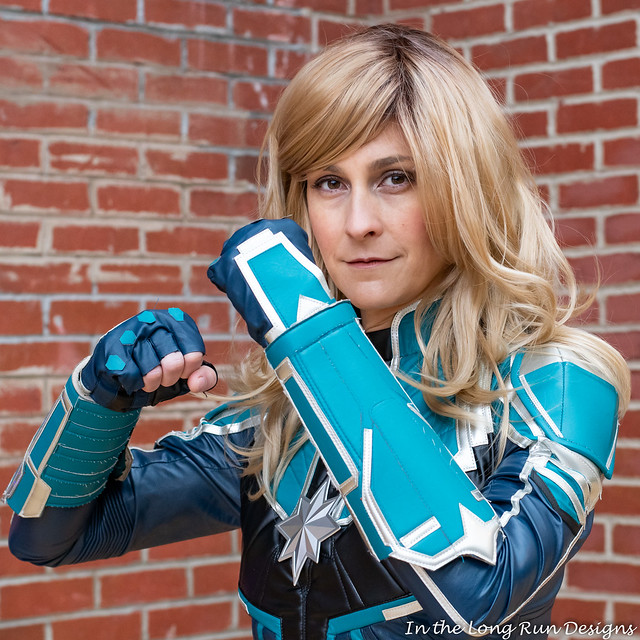 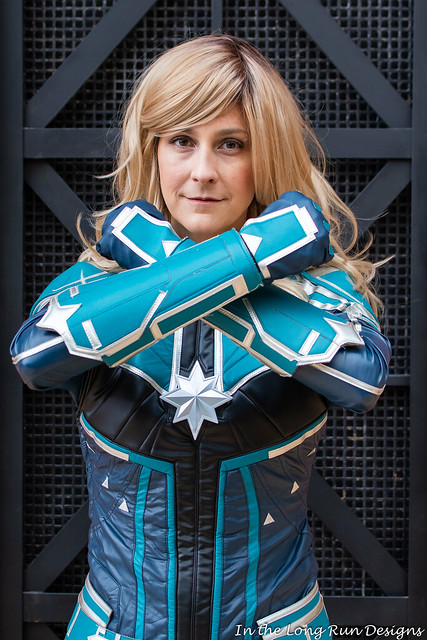 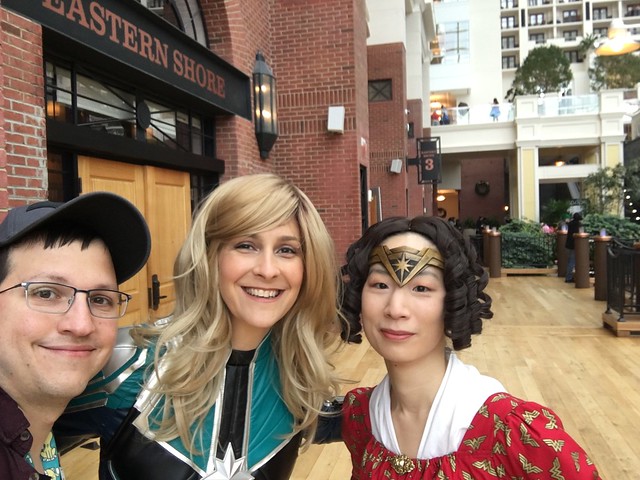 The gazebo level during the daytime 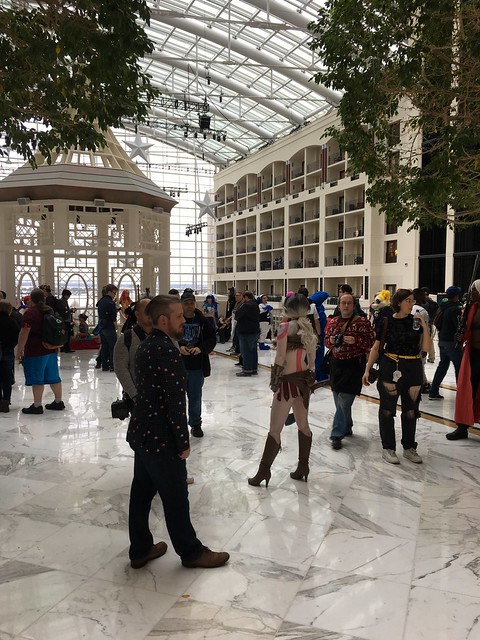 In the afternoon we did a couple quick shoots with friends. Crazy Jae Cosplay has an amazing Hades. I love her makeup! 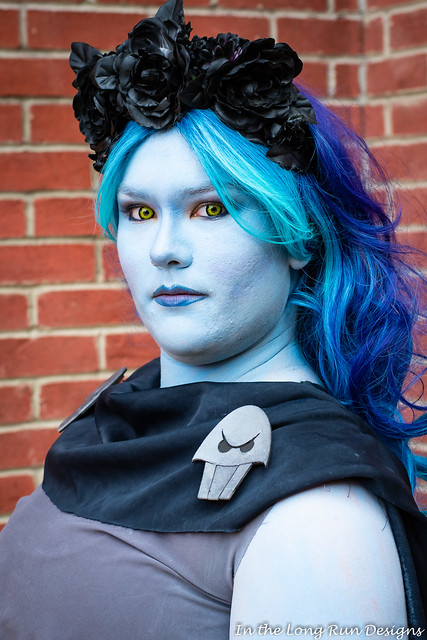 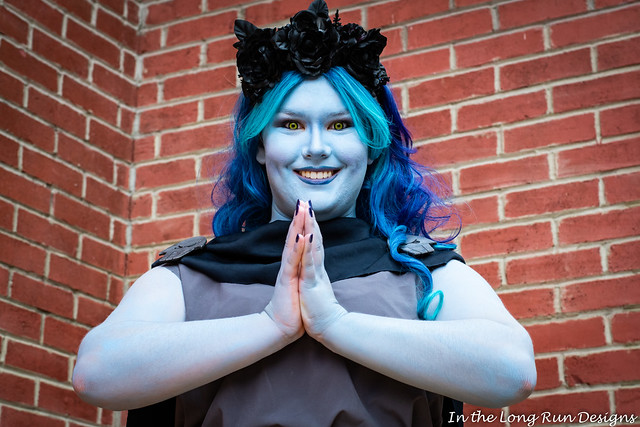 Blackstar Cosplay was nice enough to let us get a shot so Mike could experiment with his lightsaber Photoshop technique. I quite like how it came out! 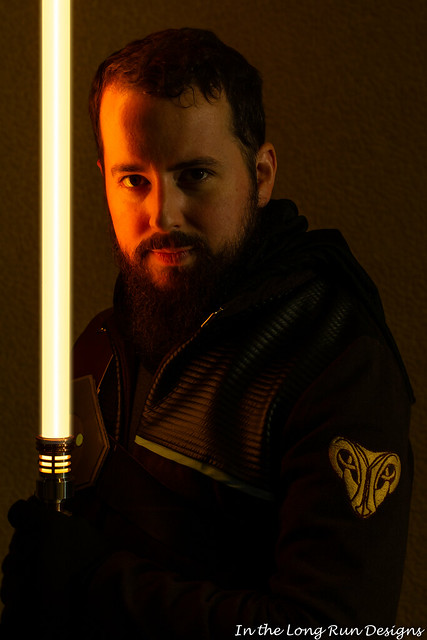 We spent most of the rest of Saturday trying out some more tabletop games. Here we are with our friend Dimitry. 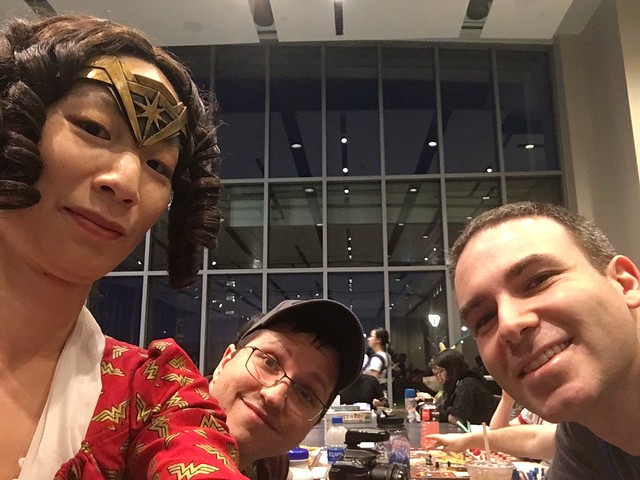 And one last photo of the gazebo level, as the party was getting started for the evening 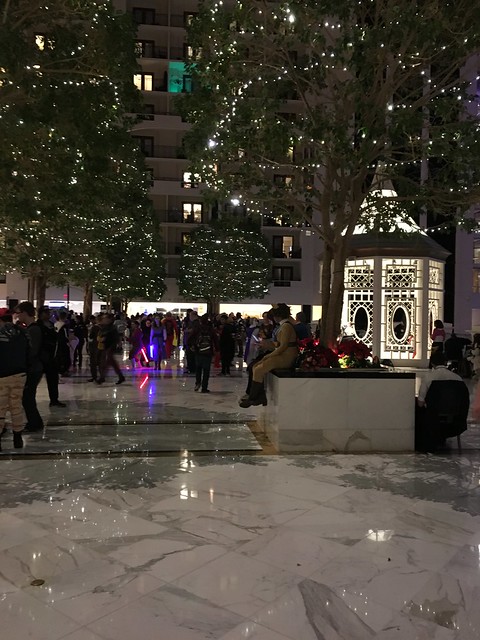